Hillary Clinton, Heroin, and the Time to be Heard

Three weeks ago, Hillary Clinton’s health-policy advisor called me to discuss the opiate epidemic, its causes and what could be done about it.

The advisor said she was reading my book, Dreamland, and that Mrs. Clinton had read my NY Times op-ed column of April 19 about the issue.

The advisor told me Mrs. Clinton had been hearing a lot of very passionate comments from parents with addicted children as she campaigned in Iowa and New Hampshire.

We spent an hour on the phone, talking about policy, about pain pills, pill mills, Mexican heroin trafficking, and about the quiet surrounding this epidemic that had allowed it to spread.

So I’m glad to see that Mrs. Clinton is now coming up with policy proposals to address it, one of which is to begin talking about it and end the stigma and silence surrounding addiction.

This epidemic is neither a red nor a blue issue. Thus I hope candidates from both parties will respond as well. I’ll be happy to chat with them, if they want to call.

I’d hope, moreover, they would focus not only on heroin, but on the broader problem of overprescribing of opiate painkillers, which so often provide the gateway to heroin. (Pain pills have their legitimate role in medicine, but too often are massively and unnecessarily prescribed.)

But there’s another important point in this. I believe parents of addicted children need to use this approaching presidential campaign as a way of magnifying their voices.

As a longtime journalist, I know that the most poignant stories are the ones that can have the most impact. Sadly, many parents up to now have kept silent, ashamed or simply worn out by their children’s addiction.

That is changing. More are stepping forward, as Mrs. Clinton was hearing on the campaign. Some are mentioning heroin overdose as a cause of death in their children’s obituaries – an act of enormous, and necessary, courage.

But these stories are still not being heard the way they need to be.

During past drug scourges, public violence aroused public ire. The crack years, for example, saw drive-by shootings and carjackings. I was a crime reporter during those years and saw this first hand.

None of that public violence has happened during this epidemic. So the job of arousing public attention falls almost entirely to parents.

I believe this presidential campaign offers an opportunity to be heard, to magnify voices. Make opiate abuse (pain pills and heroin) and overprescribing a point of presidential debate.

To do that, parents in particular need to step forward and tell their stories the way no one else can. 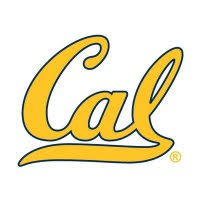