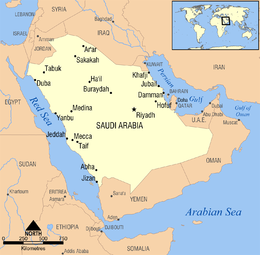 I’m in Portsmouth, Ohio, on the Ohio River, which has been through a lot.

Mostly that’s involved a prolonged period of economic decline, with companies going out of business. It also has to do with a harrowing increase in Oxycontin abuse and now addiction to heroin.

I passed this big building, which was in its day home to MitchellLace, once the world’s largest shoelace manufacturer.

According to what I’ve read online, MitchellLace had at one time 1200 bobbins, made 73,000 different kinds of laces and produced 120,000 pairs of laces a day.

In one shopping center, a WalMart shares space with the smokestack to what was once a steel and coke (coal) plant, employing 5,000. Talk about poignant transitions.

Many of the old industrial buildings, beautiful brick structures, are empty. This one, as it happens, is not quite one of them. There are offices on its first floor, which I’m told acts as an administrative office for far-flung shoelace production around the world.

My homeboy from years in Mexico, Joel Millman, at the Wall Street Journal, has written a fantastic story of kidnapping of Eritreans, who are then traded by networks of kidnapping gangs, sometimes several times and across several borders.

The Eritreans are migrants/refugees fleeing their country and looking for work in nearby countries and are kidnapped by Bedouins.

The kidnapping gangs have blossomed in the vacuum of political supervision in Egypt’s Sinai desert as Egypt has been dealing with its many other issues in the last year.

Remarkable story about the global economy and the vast lagoons of impunity that exist due to political borders and agencies that have faltered or have not changed with the same velocity as economics — which might be exactly the prescription for what spawns criminal gangs and mafias.

Check out the video of Joel talking with one kidnapping victim, and explaining the genesis of his story.

By the way, Joel’s been doing these kinds of stories about migrants and the borderless world for many years now and he’s one of the best around.

His book, The Other Americans, is a great series of vignettes about folks from around the world changing our country. His chapter on the Patel motel clan is worth the price of the book.

Great idea — forming soccer teams made up of folks who are homeless, or socially/economically marginalized, and bringing them all together to compete in a soccer tournament, this the 10th annual.

On Facebook, Keith writes of some of the people he met:

“Like Ikram Moukhlis, a young Muslim woman who lives in a women’s shelter in Tangiers, Morocco. I know about 5 phrases in Arabic, she speaks no English or Spanish, but somehow we connected and I was proud of the photos I made of her. This trip to Mexico was the first time in her life to be on a plane. And then, Mauva Hunte-Bowlby, playing for England, who has been, until just recently, ‘sofa-surfing’ in London. Ms. Hunte-Bowlby is 52, and a grandmother twice over.”