Mexico victim, this time, of the New Kabuki

Twitter has been full of references to history and colonialism and Europeans stealing what rightfully belongs to Latin America.

Dutch airline KLM exacerbated things by apparently assigning the intern to PR. Anyway, somebody at KLM put up a

photoshopped tweet with a “Departures” sign next to the figure of a Mexican fellow in a large sombrero and thick mustache. “Adios Mexico” read the tweet that lasted about two minutes before it was taken down, but still preserved online.

Case you missed it, Mexico was robbed of its advance in the World Cup by a shameless flop by Dutch forward Arjen Robben.

It was an outrageous piece of work that any ref ought to have seen. Replays sure showed it. The flop led to a penalty kick that put Holland up 2-1.

Mexican coach Miguel Herrera said “the guy with the whistle” knocked Mexico from the World Cup.

Much as I was disgusted by the play, I don’t see Herrera’s complaint.

That’s soccer. Flopping and absurd playacting are allowed to be part of the game – like fighting in hockey and equally detrimental. I wonder seriously if players aren’t instructed by acting coaches. It’s embarrassing. The other day Uruguayan Luis Suarez bit an Italian, then faked as if he himself had been hit in the head, without penalty. It probably determined who advanced and who went home.

I wonder what it means that a sport so much of the world is crazy about relies so heavily on fakery, histrionics, on the telenovela, the soap opera.

What is clear is that the New Kabuki affects outcomes. Mexico was the victim this time, but I’ve seen Mexican players flop with equal vigor and shamelessness.

I’m watching Greece vs. Costa Rica and Greek tragedy is on display. Replays have shown at least three pathetic pieces of Greek faking.

The saddest part is that it robbed the best player in the tournament so far, Guillermo Ochoa, of continuing to display his talent on the world stage.

The noblest guy on the field had to endure a penalty kick that he didn’t handle.

Without any irony, apparently, he was selected as player of the game. 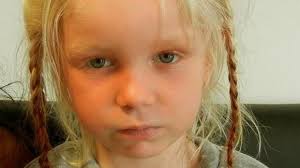